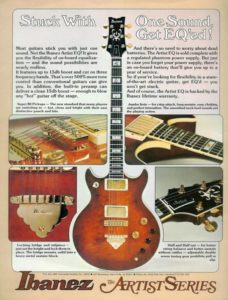 This is an early example of a so called “info ad” that looks like regular editorial content but in reality are ads. Just the little word “Anzeige” (Engl.: Ad) on top of the page gives an evidence that this is an ad. Besides some useful information it also gives a nice tip how to make a 6/12 string sound better. 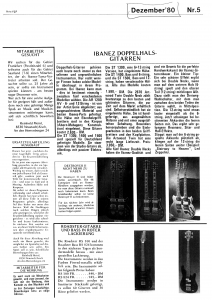 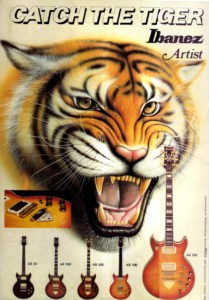 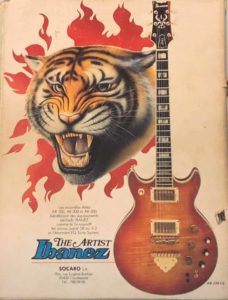 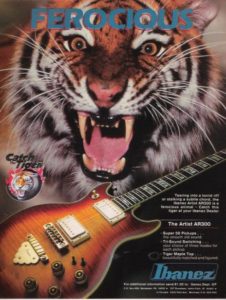 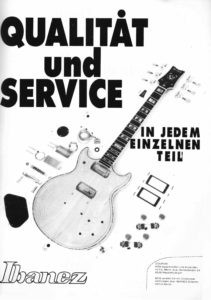 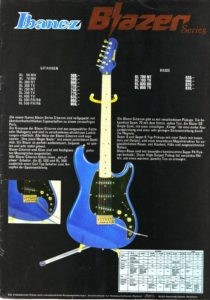 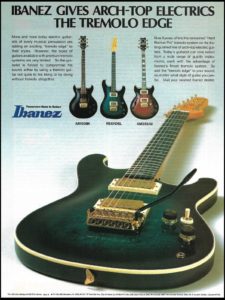 Help us keep this site alive. Thank you!