There are not many books about Ibanez, but the ones that exist, are a must have for every Ibanez collector and dedicated player. 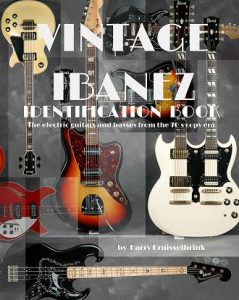 The book may be ordered directly by writing an E-Mail to Harry:
kruisje@online.nl
or sending a PM at ICW (nickname: harry). 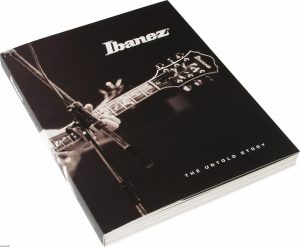 The Untold Story tells the fascinating story of how a 19th century Japanese bookstore owned by the Hoshino family of Nagoya, Japan eventually became the company that has made instruments for George Benson, Korn, Daron Malakian of System of a Down, Joe Satriani, Steve Vai, Bob Weir of the Grateful Dead, and many other influential artists.

There’s no official purchase link, but the book is frequently offered at eBay and other local free classified sites. 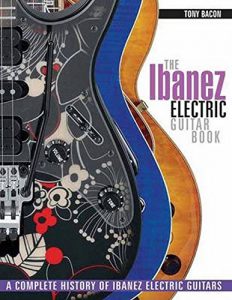 Ibanez is the most important Japanese guitar brand, and this new book tells the story of its electric guitars, tracking the fortunes of this impressive brand. At first the guitars were cheap and basic, and in the 1970s, Ibanez was best known for its copies of leading Gibson instruments, including Les Pauls, SGs, and Explorers. As the Japanese music industry gained maturity and increased quality, Ibanez made more assured instruments with original features; and in the late ’70s and early ’80s, it hit new peaks of achievement. The big break came in the late ’80s with the arrival of Steve Vai’s impressive and spectacular JEM signature models. In recent years, the company has continued to provide great modern electric guitars. Ibanez guitarists featured in the book include George Benson, Charlie Burchill (Simple Minds), Phil Collen (Def Leppard), Allan Holdsworth, Pat Metheny, Steve Miller, Joni Mitchell, John Petrucci (Dream Theater), Lee Ritenour, Joe Satriani, John Scofield, Paul Stanley (Kiss), Mick Thompson (Slipknot), Steve Vai, and Bob Weir (Grateful Dead). The book is in the tradition of Tony Bacon’s best-selling guitar series, with a carefully researched story, including exclusive interviews with Vai and Satriani, a gallery of full-color pictures of famous guitars and players, and a reference section detailing production years and specifications of all Ibanez’s electric models.

Help us keep this site alive. Thank you!