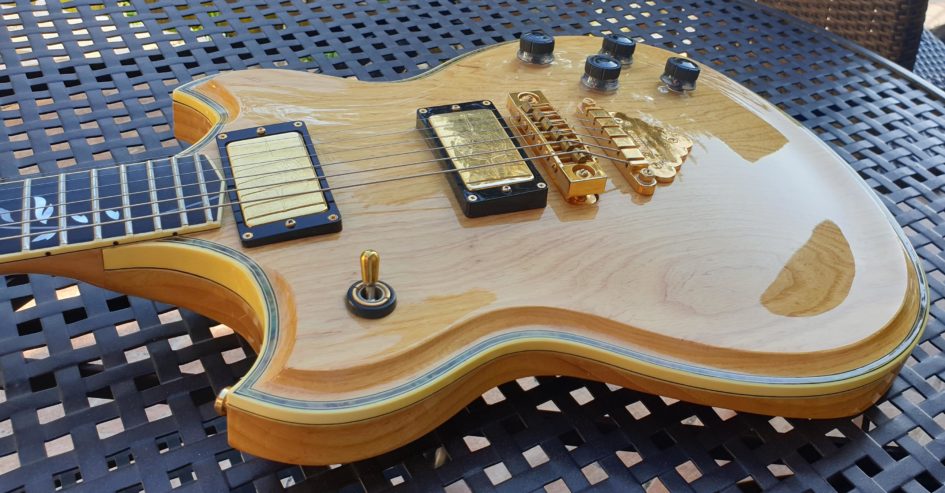 The 2681 NT shown here, belongs to the 1994 Custom Legends series which Ibanez released to create handmade and top quality reissues of the legendary models from the 70s and 80s.
Besides the MC300, the AR300 and the MC924 bass the 2681 belonged to this selection.

Aside from their superb playability and manufacturing quality, the 2680 and 2681 are also known as the ‘Bob Weir Models’. In the 70s, the Eleger company was not only the US Ibanez distributor  – they also took part in the design of new models, they were in close contact with many popular rock musicians, and quite a number of them were Ibanez Endorsers, playing Ibanez guitars. 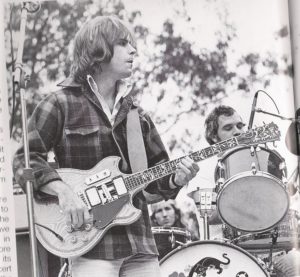 Among them were Bob Weir and Jerry Garcia from one of the biggest rock bands ever – the Grateful Dead – which were famous for their fantastic live performances and their absolutely inspiring improvisations. But they not only played the guitars. The Dead were also gearheads and created monumental PA systems like the ‘Wall of Sound’. No wonder they made essential contributions to new Ibanez guitar designs. The first results were the 2681 which was the optical boosted version of the 2680.
Also the development of the Musician series was inspired by them. Around ’78 Jerry and Bob were seen on stage with customized versions of the MC500. Garcia later preferred to work with Doug Irwin who created Guitars lige the Wolf & Tiger. But Weir stayed with Ibanez and even today sometimes he can be seen with an Ibanez guitar. 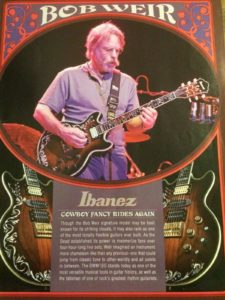 And finally Ibanez created the “Cowboy Fancy”, an Artist model based on the AR500 but with lots of smaller and larger differences. It had a bigger headstock for better balance, a single coil pickup between the two humbuckers and and a On/off switch for each pickup instead of the standard toggle switch – to name just a few. Not to forget the beautiful inlay work on the body and the tree-of-life -inlays on the fretboard.

There are  also reissues of this legendary guitar called BWM1 (Bob Weir Model 1) which is still offered today by Ibanez for a – let’s call it – substantial amount of $$$.

It’s a very close copy of the 70s model with some slight differences: The pearloid tuners are the more recent version without the adjustment wheel. And the pickups have Super 80 Flying Finger covers but are much different form their predecessors. They read about 16 kOhm each and produce a very warm mid-emphasized sound which can really sing with the right amp and distortion level. The original Super 80s read about 8 kOhm and were a little too bright for my personal taste. And it has very nice abalone binding next to the German carving which makes this guitar really unique.